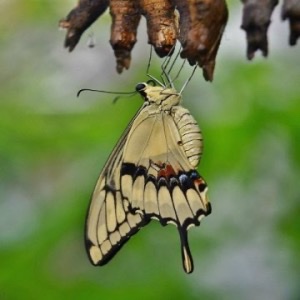 Does anyone remember the movie Groundhog Day, where the weatherman keeps repeating the day over and over? That’s what we all do- we keep repeating patterns over and over. We get caught in a loop until we make a concerted effort to get out of that loop.

It’s not that we have faulty wiring, it’s just how our brain works. 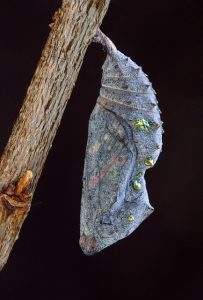 Just like the butterfly that emerges from the chrysalis, in order for the transformation to happen, the butterfly must break through its cocoon. If you saw a cocoon and cut it open in order to assist the butterfly, it would surely die.

Why?  Because it must go through the process of pushing the cocoon open so that it pumps fluid throughout its body.  It’s through that action that the butterfly gets its life.

And that’s true for you metaphorically speaking.  The same with changing overnight.  Is it possible. However, you must go through your own transformation, pump the fluid in your body, until the change is hard-wired in your brain.

And you may ask how long does it take to make the transformation? That really depends upon your brain’s agility.  A professor at MIT, Deborah Ancona, cites that it takes 144 days for your brain to rewire to a new pattern and others such as Tony Robbins have stated that it takes 365 days before the change is permanent.

Before I tell you how to get unstuck, there are 3 things that you need to know about your brain, so that you can understand why you are where you are:

It is skewed toward the negative.  Think about this. As a caveman, life was challenging as they lived in survival mode, fight or flight since they were considered dinner to many animals. And if they hurt themselves, it’s not like they had a first aid kit or clinic to help them. Over time, they learned to recognized sounds as either good, bad or unknown. The brain has taken all of those responses and stored them in its database, the limbic brain- its objective is to keep you safe. So as you move through life, your brain checks its database, determines whether something is good or bad, and reacts accordingly. New experiences are considered bad when there is no reference point to prove otherwise. And it’s important to note that the brain embeds the negative memories, not the positive ones, because of its need to stay safe. Think of your computer processor, it has limited bandwidth. So your brain captures the important life-saving information.

And that’s a good thing! Despite not living in a caveman’s life anymore, there are still things out there that are harmful to your health. You do need a danger check in place to keep us safe. Just as if you say a baseball coming at you, your database would say duck before you get hurt.

The second thing you need to know about your brain is that the brain will always try to prove itself right. Your brain is constantly searching for that proof. It will interpret actions or lack thereof as proof that what you believe is true.

Have you ever seen the selective attention test by Daniel Simmons where there is a group of 6 players dresses in either white or black passing around 2 balls, and you are asked to count the number of times that the people in white pass the ball to each other? While everyone is fixated on the players in white, many don’t see the gorilla in the center of the players.  Why? It’s because it wasn’t part of the proof they were looking for. So what facts do you exclude in your life because of your filters? 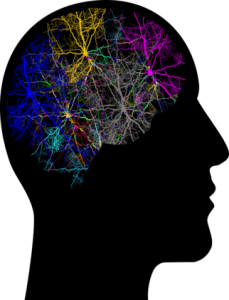 The brain loves patterns. It will always choose the easiest route. Have you ever noticed that it’s hard to break a pattern? Your brain searches the database for the memories and creates a pattern which gets hardwired in. And to keep this pattern or wiring solid, it creates a story about it. It’s no different than a well-worn dirt road. Your tires will go where all of the tires have gone before, hitting every rut as it does. When a situation comes into play, your brain will scan the database to see what the established pattern was and act accordingly. It’s like a riding a horse. If you stop riding for awhile, when you get back on that horse again, your memories come back.

The other important thing to know is that you often establish patterns without even knowing that you are. Being with an abusive partner, you are establishing a routine on how to be treated. You will continue them because they are familiar, and going back to the caveman’s mind, it can be seen as safe because you know what to expect.  Take the woman married to the alcoholic. She probably has the pattern of being the caretaker. She knows what to expect in that relationship. When she doesn’t have to care take a person, she probably wouldn’t know what to do. It’s unknown, and that could be scary.

You have memories of what the body calls trauma. Could have happened in the womb, childhood or even adulthood. Because you don’t always have the tools to deal with the trauma, you stuff it in our body until you do. But until you deal with it, the body remembers that it has this pain, and this pain will show up as body pain, health issues or emotional pain or triggers.

If you want to establish new patterns and new routines that you must make a concerted effort of daily practice of mindfulness in order to be successful. The more you like your new routine, the easier it is to change, and the less you like it, the harder it can become.

So now that you understand your brain and it can work against you, there are 4 main ways to get unstuck.

The first way to get unstuck is to become aware. What’s the mental chatter going on in your head? Your reality is shaped by its mental chatter. It’s like a wild horse, it takes you where “it” wants to go. Like any horse, if you want to tame it, you must be the one in charge, you need to be in control of the reins. So, how do you tame your mind so that you are in charge?

You need to be aware of where it goes and change the course when it goes astray. Through this process of being in charge, you can control and ease your mental chatter.  Remember, your brain wants to keep you safe, so it will keep you small and out of the scary unknown. Think back to the caveman exploring his environment. Being careless could cost you your life so your brain will tell you that you can’t do certain things because it deems them unsafe.

It’s important to note here that the brain cannot distinguish between reality and imagination. So, whatever you are thinking in your brain, like worrying, the brain is reacting to it as if it has already happened.

And on top of your brain being skewed negatively, should you listen to the news, it too is skewed toward the negative. So, you are constantly being barraged with negativity, adding to your mental chatter. This also includes information from those around you. More often you will hear about what you did wrong more than what you did right. This is all conditioning.

When you are stuck, you most likely are living in the past or future, but not in the present.

The second way to get unstuck is to stick with the facts, not the stories. What is true and what isn’t? I made a mistake is a fact, whereas my husband is going to divorce me when he finds out, is a story. Or I don’t know how to do this is a fact whereas I can’t do this is a story. Don’t let your stories create your future. If you ran with facts, you would get help if needed to move forward. It’s like needing an oil change. You don’t go into a story, you honor the fact that you may not know how to change your oil so you find the expert who does. Don’t let your stories paralyze you into inactivity. 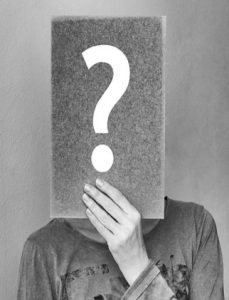 The third way to get unstuck is to ask yourself, does this thinking or situation serve me? Change your perspective. What if you were to create an alternate reality where there is the benefit of the doubt? You may tend to make life revolve around yourself, but the truth is that you could look at the same situation and see something completely different. I remember a client was overwhelmed by a project she avoided for years. But she really wanted to do it. So, I had her break the project down into little steps so that it wouldn’t be as overwhelming. By focusing on only a small part of the project, she was able to tackle it over weeks, instead of feeling pressured to do it over days.

Baby steps are better than no steps. The wrong action is often better than to take no action. The process of taking action brings clarity-you can figure out what you don’t want in order to know what you do want or you can understand what doesn’t work to come up with what does.

And finally, the last step to take when stuck is to address the fears or the emotions that you are holding onto.Too often our fears or emotions keep you from going after what you want. When you stick the facts and know that you’re afraid, you have to deal with those emotions that keep you stuck. Otherwise, your emotions will keep you paralyzed. Take a deep breathe and feel those emotions until they fade.

To conclude, to get stuck, doesn’t have to be the end of the game. Don’t let yourself be paralyzed in a place of inactivity.

Be aware of how you are psyching yourself out, sort out the facts from fiction, deal with the fears holding you hostage and choose to see your dilemma creating what from a different perspective. And if you can’t get unstuck by yourself, seek an expert like myself who can help.