What is the Version of Your Human Operating System? 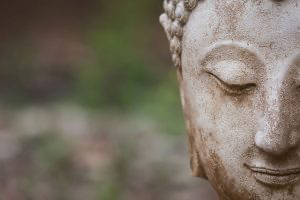 Most people operate at a version 3.0 operating system. They take everything at face value and life is usually black & white. They choose to be victims, blame others for their life and life in fear, and mostly likely do not recognize that this description refers to them because they are often oblivious to their state of consciousness. They react in life because they are asleep.

Some people, many of you, operate at version 4.0. Sometimes they operate at version 3.0, other times version 5.0. When in version 4.0, they see life in B & W, and other times see the metaphysical perspective, meaning beyond the physical. They get that there is more to life than what they see, and that life isn’t always about them. In other words, just because someone is angry at them, they realize that the other person isn’t necessarily angry with them,that they person may just be projecting their anger in general. These individuals pop in and out of fear based thinking. They may react or act to life, depending where they are vibrating at the time. They can be asleep or aware.

And then there’s the operating version 5.0. This is when people see that they are just a mirror for others, that there is a higher perspective of life and they continuously choose to stay in this perspective. Nothing is personal.  Everything, everyone is a message and offers them the opportunity to grow. People here recognize that they are part of a play, an actor in said play, and how the performance ends depends solely on their level of consciousness. They choose to remain in a higher level of consciousness than the previous versions of operating systems. They recognize that everything that has happened in their life was a reflection of their thoughts, beliefs and actions. They are masters, not victims. They act, not react. They are aware.

Lastly, there is operating version 6.0. Very few people reside here. This is a masters level- like that of Buddha and Jesus. They recognize their part in all activities and happenings outside of their environment, meaning they take ownership of such activities such as warring factions in the Middle East, racism around the world, world hunger, etc. They acknowledge that their thoughts and beliefs somehow contributed to these activities because they understand that we are all One, that there is no separation, and if we are all connected, then they must be part of the problem as well as the solution. They consistently stay in a high vibration of consciousness, unfazed and unreactive to the other versions of the human operating system. They are awake and aware.