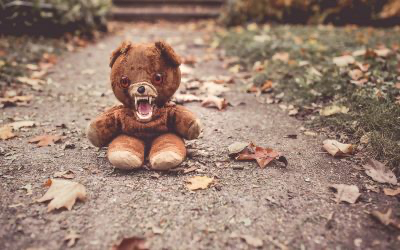 This past week my 97 year old aunt passed away of old age. Her son, who didn’t see eye to eye with his mom, chose not to go to his mother’s funeral. He chose to hold onto his anger instead of dealing with it.

This is not a judgment, for my aunt definitely had her strong opinions. It was just a missed opportunity.

This was his moment to let go of his anger and resentment of his mom’s projections and control. It’s like being mad at the dog for routinely biting you and even when you get rid of the dog, you still are angry that the dog bit you. Doesn’t make sense, does it? But we humans do it all the time. And ironically, the person we are truly mad at is ourselves. We’re mad because we ALLOWED the behavior to continue. We didn’t stand in our power to stop it. And the madness continues…

Then another situation happens. Same deal, different characters. And we become angrier and angrier and we don’t know why. We don’t understand the gifts the Universe brings us, the message that tells us it’s time to speak up and reclaim our power but instead we play the victim.

We want to wake up from the madness and yet we are oblivious to the messages, just mired in our anger and victimhood. And further believe that people are against us. Poor me, nothing ever goes right…

What will it take to wake up from this never ending cycle? A choice…THE choice to not to take things so personally, to see how you fit into a situation. If you knew that the dog had just been hit by a car and was biting because it was in pain, would you see the dog differently and have compassion for it’s pain? In my cousin’s case, the anger started with my grandmother and her actions to my aunt which were cultural choices. But no one chose to deal with the original pain which was passed down from generation to generation.

Where do you identify with the anger? More importantly, when will you stop your madness?